HUMAN Healthy Vending in the Headlines

At HUMAN, we’re rewarded every day by working with our passionate franchisees around the nation who are effecting positive change in their communities by bringing our mission, “to make healthy food more convenient than junk food,” to life.

When other people recognize our company and our franchisees, it’s an added bonus and testament to the good our family is doing.

Here’s the social proof we’ve received in the past month and a half:

And, in case you missed the news:

Thank you for being a part of our journey!

If you are interested in becoming a HUMAN Healthy Vending franchisee, or in learning more about HUMAN, please click here. 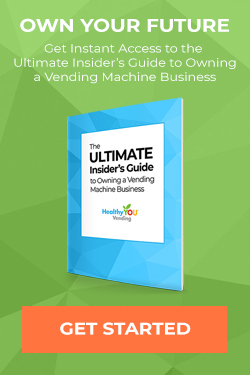