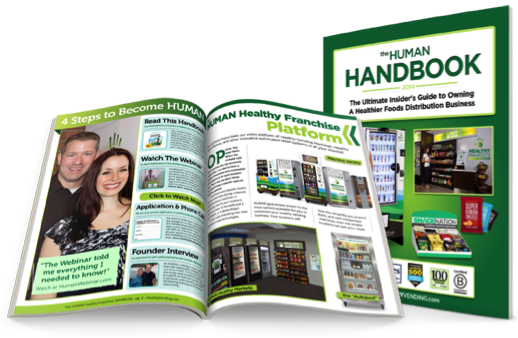 American food service giant Sodexo recently announced its plan to improve the nutrition at its more than 9,000 locations nationwide. Part of this plan includes implementing healthy vending machines in hospitals and schools that Sodexo services. Last week, one such hospital, Holy Cross Hospital in Fort Lauderdale, FL, joined forces with HUMAN Healthy Vending via Sodexo to provide healthy snacks to their patients, visitors, and staff.

As covered by Vending Times this week, here are the details of Sodexo’s push for better food options:

“HUMAN is the next step in providing healthy alternatives for our associates. The values of HUMAN, Holy Cross and Sodexo align well,” said Patrick A. Taylor, MD,  President and Chief Executive Officer of Holy Cross Hospital.

Prior to incorporating a HUMAN healthy vending program, Holy Cross’ vending options consisted of traditional vending offerings, including chips, candy and sodas. Sodexo’s recent increased focus on nutritious foods in hospitals has benefited the patients and staff at Holy Cross Hospital in that they now have increased access to healthful food options in their HUMAN Healthy Vending machines.

Sodexo’s desire to improve nutrition in its food service programs goes beyond their hospital locations, reaching into schools as well. By committing to include healthy snacks in their vending machines in schools, Sodexo’s plans link up with the USDA’s Smart Snacks In School guidelines very well.

The Smart Snacks In School rules set minimum standards for what can be sold in vending machines in schools. The guidelines set limits on competitive foods’ calories, fats, sugars and sodium while ensuring the food item is also nutrient-rich. Since by July 1st, 2014 any schools who accept assistance from the National School Lunch Program will be required to make-over their “competitive foods,” including foods sold in vending machines, Sodexo’s move to include healthy snacks in their vending programs will allow them to help schools comply with the new guidelines.

We support Sodexo’s push to improve the nutrition of our nation’s kids and adults. Whether in schools or in hospitals, Sodexo food services reach millions of American’s each day, so the improvements they make to their food options by partnering with HUMAN can and will create a positive impact on a large scale.

Want to find out how you can provide healthy vending machines to hospitals and schools in your own community? Download:

If you’d like a HUMAN healthy vending machine, snack delivery service or micro-market at your school, gym, hospital or office location, please contact us HERE.

We’d love to get to know you and answer all of your questions.

© HUMAN Healthy Vending, HealthyVending.com, 2014. Unauthorized use and/or duplication of this material without express and written permission from this blog’s author and/or owner is strictly prohibited. Excerpts and links may be used, provided that full and clear credit is given to HUMAN Healthy Vending with appropriate and specific direction to the original content.